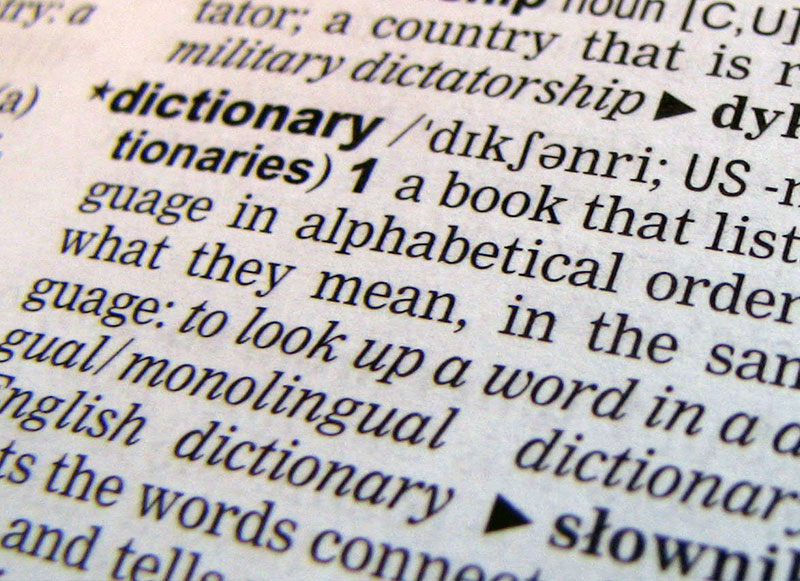 My daughter looked at me in disgust.  A young couple bolted past us calling each other nasty names spewing a torrent of violent expletives before moving on.

Feeling violated by this unwelcome barrage, we determined the words were common practice in their daily attempt to communicate. They are not alone. Proper English language usage is declining rapidly. Unique cultural dialect is now mainstream.  Music, television, film, and social media assault the proper use of words daily.

It is evident.  Articulation of the English language is a lost art. People are confused about how to use words properly.

I am a writer. I love words. I love definitions, usage, and origins of words. I love everything about words. Words connect me to the people around me.

Noah Webster, one of my heroes, published An American Dictionary of the English Language in 1828. His life-long commitment to lexicography resulted in a comprehensive tool to educate the American people in the application of proper word usage.

Webster was devoted to innovation in the spelling and use of words. He adapted many revisions as his dictionary grew, but even he would be shocked at the direction our English language has taken in recent years. Sometimes vocabulary is indiscernible.

Take these words from Justin Bieber’s ballad, Under the Mistletoe:

Hmmm, what could that possibly mean, I wondered the first time I heard these lyrics.

Using my amazing gifts of deductive reasoning, I concluded that Isha must mean, I should and Imma must mean, I am going to. As I have become accustomed to doing on bewildering word-related occasions such as this, I asked my teenagers to interpret this convoluted and confusing assemblage of words.

After the usual, “Whatever mom, really?” and ceremonial eye-rolling, I was told that shawty is a term of disrespect meaning, hot looking woman you want to own.

No offense to Biebs, but if he had used words like lovely, inspiring, or beautiful to describe the girl he longed to kiss, maybe he wouldn’t be confused and standing under the mistletoe alone.

But who am I to question mainstream vernacular? I am just a middle-aged, somewhat old-fashioned woman trying to make sense of “new” English.

My book, Raising Little Women of God, includes an activity that challenges mothers and daughters to buy three things that represent the other person and explain why.

When I recently revised this activity for a teen camp, one attendee asked if I was calling a bonzi. Calling a bonzi? “Hmm…I am not sure. Let me get back to you.”

Since my interpreters were not available, I jumped online to my next most reliable source of abused and mutilated words– the urban dictionary.

Buried amidst unsavory adjectives and horrifying X-rated sample sentences I discovered bonzi means going to a superstore and buying random things for a gift.

Another word I recently deciphered in the Urban Dictionary was:

Dohment– noun: One of those slap your forehead moments when you realize you’ve just done something incredibly stupid.

This ”word” would have come in handy when asked if I was calling a bonzi.

Surprisingly, there are many variations of this fabricated word, such as

dohnut– noun: a person showing a lack of intelligence . . .  and many others which I cannot put in print.

As a young girl, my mother, a librarian and English teacher said, “Hippies will destroy the English language.” I didn’t know what a hippie was or how they would accomplish such a horrible thing. My mother had no idea lexicon of the English language would be lost by the year 2014. I am pretty sure hippies had nothing to do with it.

So, I’mma start a revival wit u. You down?

If we collectively endeavor to use proper words in the proper context, and apply them appropriately in our communications throughout the day, maybe the English language will trend back into mainstream culture. Maybe, we can collectively cause Webster’s dictionary to be dusted off and revisited as a cool alternative to whatever it is we are using to communicate now.

Trish Propson is a Kaukauna resident and a Post-Crescent community columnist. She can be reached at pcletters@postcrescent.com.